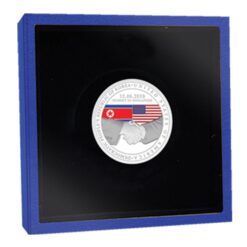 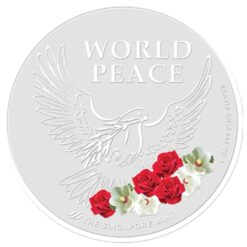 The reverse of the medallion features a dove. A universal symbol of peace, the dove highlights the significance of the summit which is a historic step towards world peace. The national flowers of the United States and North Korea, Rose and Magnolia sieboldii, are respectively featured on the medallion, interlaced with each other and in vibrant colours.