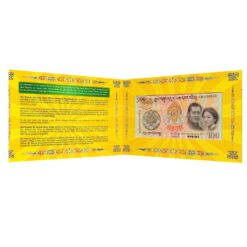 The Royal Monetary Authority of Bhutan has issued a 100-ngultrum (US$2.05) banknote to commemorate the 13 October 2011 royal wedding of King Jigme Khesar Namgyel Wangchuck and Queen Jetsun Pema. According to this BBS article dated 12 October 2011, the notes (and 500-ngultrum coins) are available in Bank of Bhutan, Bhutan Development Bank Limited, and in the BOB counter at the Paro Airport from 13 October until 4 November at a cost of 500 ngultrum and 5,000 ngultrum, respectively. 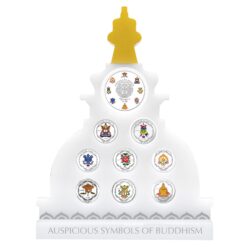 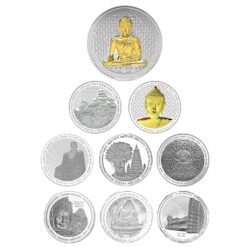